'Yeah, he brought his family down from Akins, his mama, two of his sisters, some others, so they could watch him rob the bank. His grampa watched from the barber shop across the street. Bob Riggs, the bank assistant, said Pretty Boy had a tommy gun, but did not shoot anybody. He came out of the bank with $2,500.31, him and two other fellas. He gave some of the money to his people and they say to anybody he thought hadn't et in a while, everybody grinning at him. Pretty Boy had Bob Riggs ride on the running board to the end of town and let him go.'
Ein Fundstück aus Elmore Leonards „Louly and Pretty Boy” und die Antwort auf die Frage, wie man die Geschäfte einer Bank mit dem Satz „passion to perform” zusammen reimen könnte.
Eingestellt von PARALLEL FILM um 02:34 Keine Kommentare: 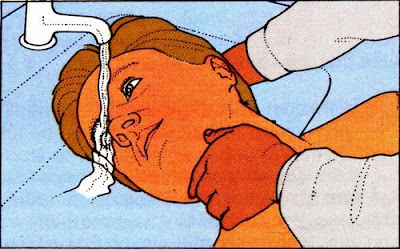